Welcome to my page

My intention is to tell a story, entertain and inform. A lot of my themes and back stories are based on real life news items, as always truth is stranger than fiction. Usually they are subjects that interest or anger me used as an attempt to raise awareness, like child abuse, rape and of course, murder.  It is hoped that the reader will investigate these issues further. There are sexual and mild graphic descriptions as often many of the cases are involving violence against women and children. Let's face it, Homicide is the darkest side of human life, so the fiction works are intended for mature audiences.  My detectives are considered hard-boiled, whatever that really means, I guess they are not metro-sexual and don't make excuses for who they are in their little worlds.

If you are looking for family "G" rated entertainment, this ain't the place. I am not a fan of the war on women, bullies, religious zealots, politicians or greedy clueless corporate types. I try my very best not over do it but my characters don't live in a vacuum, they grow, have hidden human secrets, get frustrated and angry. Detective Marsh Mysteries and Ed Walker Mysteries are both a series, as such, it's about the characters as much as the story. I had wanted to create a female lead in a series I decided to make a third series, Jessica Marlow Mysteries. She fights for equal rights, the environment and is a problem solver. She may be a dark character for some to appreciate but in a world of greed and powerful people sometimes the only answer is a bullet to the head.

Thank you to all the many people who have purchased any of my novels, especially my growing fans in UK, Canada, Australia and New Zealand.  I've noticed here in the U.S. a lot of readers seem more interested in vampires, zombies and romance novels, sorry, I can't read that stuff much less write about it. 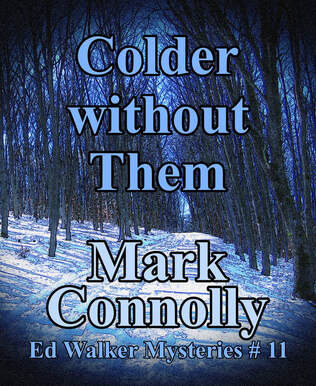 Check back for new book releases

Like any author, you want to see 4 and 5 stars but what gets writers down is when you get some nasty or just plain grumpy Gus who has to say something negative, often without any real explanation or reason. I always think of old granny "If you got nothing good to say, keep your mouth shut!" Personally, I ignore all such reviews when buying books or streaming movies. I really don't care what someone's opinion is, unless I know them, still I'm cautious.   I suggest one read the excepts and or watch the book trailer video, that way you don't misunderstand the theme of the book.
Why write Series?
​
I've always loved series, Hercule Poirot, Sherlock Holmes, among others. Years back when I traveled around the country as a software training engineer then as IT Director for the police department, I got hooked on Lilian Jackson Braun's The Cat Who series, I love Robert B. Parker: Jessie Stone series. If you don't enjoy the main reoccurring characters then most likely you won't like the series.

What's your style?
I don't know, me I guess. As a kid I loved The Hardy Boys and then I graduated to Mickey Spillane. I've read most of Shakespeare, John Steinbeck and a fair amount of Poe and Hemingway. Then of course the modern masters, S. King, R. Ludlum, L. J. Braun and R. B. Parker. Most of my favorite TV shows are all British such as Touch of Frost, George Gently and Midsomer Murders. I've been watching East Enders for over twenty years, unfortunately here in the U.S. we are about six or seven years behind. (Update 2019 I have BritBox so we get current East Enders, yeah!)

What's your background?
I have a B.S. in Computer Science, M.S. Sociology, about a dozen Certificates in Short Stories, Journalism and Fine Art. I received two certificates from Rutgers University  in Human Resources Management and Business Management in recent years. I started in computers while still in high school in 1966.

I most recently worked for the U.S. Dept Commerce-Census Bureau and was in charge of the 2010 Census for Ocean County, NJ.  Prior I spent 10 years as IT Director for my township working mostly with the Police Department, with five cops in the family it was a natural association. Before that, when dinosaurs roamed,  I worked my way up the ranks from computer mainframe operator, programmer, systems analyst to manager and vice-president for a fortune 200, mostly for boring pharmaceutical, insurance and electronics military defense contractors.  I did a two year vacation in the U.S. Army during the Vietnam conflict, fortunately I ended up in charge of a IBM mainframe computer in Karlsruhe, Germany.


Sociology and Fine Art?
Back when I was young and stupid I had the idea I could make a difference in the world and figured I'd be a social worker. Those people work their tails off and deal with horrible situations for incredibly short money. I realized that as I was making three times what they made and if I wanted the bullshit American dream of new Camaros and a house with a garden, I'd better stick with computers.

I sold a number of my pen and ink drawings and paintings through the years.  I got offered a show in SoHo a hundred years back but recognized I didn't have that much work to display and besides, as good as I thought I had become, there were people out there that made my work look silly. I had wanted to write since high school but in my day there were not many opportunities to accomplish that, although I had a few poems published. Today, with PCs and self-publishing fast becoming the mainstream, there is no excuse if someone really wants to write. Keep your dream!